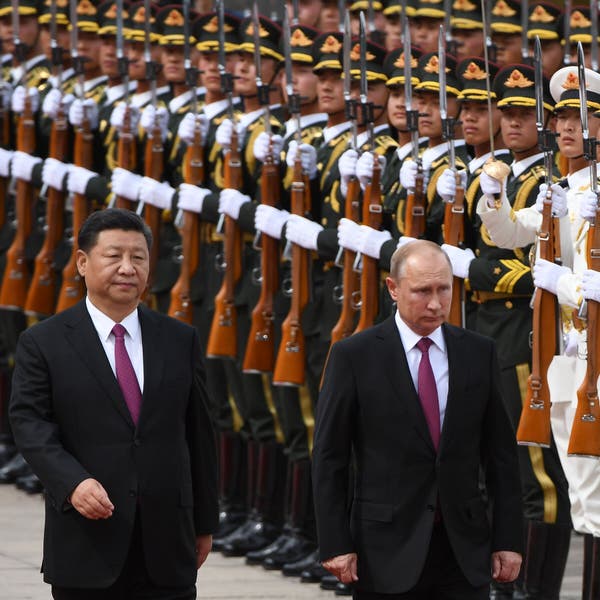 •The country’s leaders think it can shield itself from economic and diplomatic fallout and eventually be seen as a pillar of stability.

The war in Ukraine is far from over, but a consensus is forming in Chinese policy circles that one country stands to emerge victorious from the turmoil: China.

After a confused initial response to Russia’s invasion, China has laid the building blocks of a strategy to shield itself from the worst economic and diplomatic consequences it could face, and to benefit from geopolitical shifts once the smoke clears.

China’s leader, Xi Jinping, has avoided criticizing President Vladimir V. Putin of Russia, but he has also tried to distance China from the carnage. His government has denounced the international sanctions imposed on Russia but, so far at least, has hinted that Chinese companies may comply with them, to protect China’s economic interests in the West.

Mr. Xi reached out to European leaders last week with vague offers of assistance in negotiating a settlement, even as other Chinese officials amplified Russian disinformation campaigns meant to discredit the United States and NATO.

In the end, China’s leadership has calculated that it must try to rise above what it considers a struggle between two tired powers and be seen as a pillar of stability in an increasingly turbulent world.

“This means that as long as we don’t commit terminal strategic blunders, China’s modernization will not be cut short, and on the contrary, China will have even greater ability and will to play a more important role in building a new international order,” Zheng Yongnian, a professor at the Chinese University of Hong Kong, Shenzhen, who has advised senior officials, wrote after the invasion in a widely circulated article.

At the heart of China’s strategy lies a conviction that the United States is weakened from reckless foreign adventures, including, from Beijing’s perspective, goading Mr. Putin into the Ukraine conflict.

In this view, which in recent days has been echoed in public statements and quasi-official analyses, Russia’s invasion has dragged American power and attention toward Europe, making it likely that President Biden, like his recent predecessors, will try but fail to put more focus on China and the broader Asia-Pacific region.

China’s leader, Xi Jinping, has avoided criticizing President Vladimir V. Putin over the war but has tried to distance China from the carnage.Credit…Alexei Druzhinin/Sputnik, via Agence France-Presse — Getty Images

“All the difficulties and all the balancing and all the embarrassment that we’re talking about, those are short-term,” said Yun Sun, the director of the China Program at the Stimson Center in Washington, who has studied Beijing’s actions in the lead-up to the war. “In the long run, Russia is going to be the pariah of the international community, and Russia will have no one to turn to but China.”

China’s path ahead is by no means certain. Drawing too close to Russia would risk entrenching animosity toward China in Europe and beyond, a possibility that worries Mr. Xi’s government, for all its bluster.

On Monday, President Biden’s national security adviser, Jake Sullivan, met with a top Chinese official in Rome, and warned that the United States had “deep concerns” about Beijing’s growing alignment with Russia.

If Germany, France and other allies build up their defenses as promised, the United States could ultimately be freed up to shift more of its military resources toward countering China. Mr. Biden has vowed to rally an “alliance of democracies,” while American military leaders say they will not let Ukraine distract them from China.

“We also feel very, very anxious because the Russia-Ukraine war will force Europe to lean to the U.S., and then China will be dragged deeper into a dilemma,” said Zhu Feng, a professor of international relations at Nanjing University. The United States’ allies in the Pacific, including Japan and Australia, “will also adopt a stronger military posture. So it all seems unfriendly to China.”

He has repeatedly warned Chinese officials that the world is entering an era of upheaval “the likes of which have not been seen for a century.” Yet those officials seemed ill-prepared for the upheaval of Mr. Putin’s assault on Ukraine.

Up to the day of the invasion, they scoffed at warnings that Russia was poised for war, instead accusing the United States of stoking tensions. Since then, they have struggled to reconcile sympathy for Mr. Putin’s security grievances with their often-stated reverence for the principle of national sovereignty, including Ukraine’s.

Mr. Xi, in a video conference with President Emmanuel Macron of France and Chancellor Olaf Sholz of Germany, lamented “the rekindling of the flames of war” in Europe. Yet his diplomats have fanned the flames of Russian disinformation, accusing the United States of developing biological weapons in Ukraine.

In a video conference with President Emmanuel Macron of France, lower left, and Chancellor Olaf Scholz of Germany, Mr. Xi decried “the rekindling of the flames of war” in Europe.Credit…Li Xiang/Xinhua, via Associated Press

China could also face economic disruptions from the war and the Western efforts to punish Russia by restricting trade and cutting off its financial institutions. Chinese officials have denounced such measures, and while the United States and its allies have shown remarkable unity in imposing them, other countries share Beijing’s reservations about using powerful economic tools as weapons.

In any case, China’s economy is large enough to absorb blows that would cripple others. Chinese companies may even end up well positioned to take advantage of Russia’s desperate need for trade, as happened when Moscow faced sanctions over the annexation of Crimea in 2014.

China’s strategy reflects a hardening of views toward the United States since Mr. Biden came to office in 2021 — in large part, because officials had hoped for some easing after the chaotic and confrontational policies of President Donald J. Trump.

“In its China strategy, the Biden administration’s policy continuities with the Trump administration are clearly bigger than any differences,” Yuan Peng, president of the China Institutes of Contemporary International Relations in Beijing, wrote late last year. “Biden has repeatedly avowed that the United States is not in a ‘new Cold War’ with China, but China often feels the chill creeping in everywhere.”

The Great Hall of the People in Beijing. China’s leaders have calculated that they can benefit from geopolitical shifts brought about by the war in Ukraine.Credit…Kevin Frayer/Getty Images

Whatever happens in the war, China sees its deepening ties to Russia as a way to cultivate a counterweight to the United States. The partnership that Mr. Xi and Mr. Putin celebrated last month at the Winter Olympics in Beijing has become too important to sacrifice, whatever misgivings some officials have about the war.

Arguing that the era of American dominance after the Soviet Union’s collapse in 1991 was a historical anomaly, both Mr. Xi and Mr. Putin have embraced geopolitical doctrines that call for their countries to reclaim their status as great powers.

Looking for a way out. Negotiators from both sides met again, as Russia expanded the targets of its military offensive and the humanitarian crisis deepened in Mariupol and other cities. But even the most basic progress towards diplomacy has proved elusive.

China’s strategy. China’s leadership, which dismissed U.S. allegations that Russia asked Beijing for military and economic aid, has calculated that they can benefit from the geopolitical shifts caused by the war by being seen as a pillar of stability in a turbulent world.

American journalist killed. Brent Renaud, an award-winning American filmmaker and journalist who drew attention to human suffering, was fatally shot while reporting in a suburb of Kyiv. Mr. Renaud, 50, had contributed to The New York Times in previous years, most recently in 2015.

Just as Mr. Putin depicts the United States as menacing Russia on its western frontier, Mr. Xi sees American support for Taiwan, the self-governing island democracy that Beijing claims as its own, as a similar threat off China’s coast.

In recent weeks, Chinese analysts have repeatedly cited the century-old writings of a British geographer, Sir Halford John Mackinder. Whoever controls Central Europe controls the vast landmass stretching from Europe to Asia, he argued. Whoever controls Eurasia can dominate the world.

A modern Russian proponent of such thinking, Aleksandr G. Dugin, has written extensively on what he sees as a growing clash between the liberal, decadent West and a conservative Eurasian continent with Russia as its soul.

Mr. Dugin, sometimes called “Putin’s philosopher,” has built a following in China, appearing in state media and visiting Beijing in 2018 to deliver a series of lectures. His host on that occasion was Zhang Weiwei, a propagandist-academic who has won Mr. Xi’s favor and who last year gave a lecture to the Politburo, a council of 25 top party officials.

“The West should not have become a hegemon in defining universal standards because the West or Europe, or the West in general is only part of humanity,” Mr. Dugin told a Chinese state television interviewer in 2019. “And the other part, a majority of human beings, live outside the West, in Asia.”

Such aversion to international standards for political or human rights, supposedly dictated by the West, has become a recurrent theme in Chinese criticism of the United States. It was the subject of a government position paper in December, intended to counter a virtual summit of democratic countries held by Mr. Biden, and of a long statement that Mr. Putin and Mr. Xi issued when they met in Beijing last month.

As it turns to Beijing for support against Western sanctions, Russia will become increasingly beholden to China as its diplomatic and economic lifeline, while serving as its strategic geopolitical ballast, analysts say.

“The old order is swiftly disintegrating, and strongman politics is again ascendant among the world’s great powers,” wrote Mr. Zheng of the Chinese University of Hong Kong, Shenzhen. “Countries are brimming with ambition, like tigers eyeing their prey, keen to find every opportunity among the ruins of the old order.”

China and the War in Ukraine: ‘No Wavering’: After Turning to Putin, Xi Faces Hard Wartime Choices for ChinaMarch 7, 2022How China Embraces Russian Propaganda and Its Version of the WarMarch 4, 2022Ukraine Invasion Tests the Ties That Bind Putin and XiFeb. 27, 2022

Steven Lee Myers is the Beijing bureau chief for The New York Times. He joined The Times in 1989 and has previously worked as a correspondent in Moscow, Baghdad and Washington. He is the author of “The New Tsar: The Rise and Reign of Vladimir Putin,” published by Alfred A. Knopf in 2015. @stevenleemyers • Facebook

Chris Buckley is chief China correspondent and has lived in China for most of the past 30 years after growing up in Sydney, Australia. Before joining The Times in 2012, he was a correspondent in Beijing for Reuters. @ChuBailiang