China’s engagement with Africa has a Cold War parallel 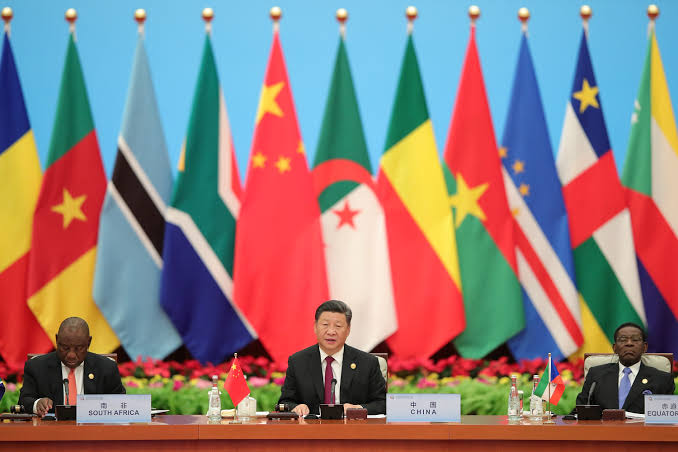 In 1956, then-Soviet Premier Nikita Khrushchev executed a sharp but largely forgotten reorientation in his country’s foreign policy. During the long decades under Josef Stalin, with the exception of its support for communist China, Moscow had focused almost all of its energy abroad in buttressing client states in Eastern Europe. But with one major speech, Khrushchev announced that the era of investing only in Russia’s “near abroad” was finished.

Taking his cues from the 1955 Asian-African Bandung Conference in Indonesia that launched the Non-Aligned Movement, and anticipating the huge wave of newly sovereign countries that would commence with Ghana’s independence from Britain in 1957, the Soviet leader announced that the USSR was determined to assist newborn countries throughout what was then called the Third World in their pursuit of political and economic independence from the West.

It is one thing to give a speech and quite another to quickly steer the ship of state in a dramatically new direction, but the Khrushchev government wasted little time in turning its new policy into a reality. Under his leadership, the so-called developing world quickly went from being an afterthought in Soviet foreign and economic policy to becoming a mainstay of its global strategy. In fact, from 1950 to 1975, trade between Comecon, as the Soviet-led economic bloc was known, and the Third World increased seventeenfold.

Khrushchev offered modern agricultural equipment to his country’s new partners, as well as economic advice and management expertise. Along with this, the Soviets proffered low-interest loans and barter arrangements that allowed poor countries to pay for goods with their primary products or by allowing Russians to run joint management companies that paid for the loans out of the companies’ operating profits. Rather than having to beg their former colonizers for crumbs, these states could enjoy truly reciprocal advantages, or vzaimnaya vigoda, that only the Russians—as Moscow boasted—could offer them.

There is much about the takeoff of Soviet relations with the newly independent nations of the world—and especially with Africa, where the largest crop of such countries was located—that bears a resemblance to China’s expanding global engagement in recent years, starting with the near-hysteria that set in throughout the West about the geopolitical dividends that the Soviets would harvest from these advances.

Although it took the West far longer to sit up and pay attention to China’s recent advances than it did for them to notice the USSR’s breakthroughs at the height of the Cold War, the world has recently witnessed some of the same sorts of alarmed responses from Europe and the United States to the rapid growth of China’s engagement with Africa during the past two decades. It is also remarkable to note how similar, if not identical, some of China’s moves have been to those of the Soviet Union in a bygone era, down to Beijing’s frequent use of the phrase “win-win,” which is meant to emphasize the unique reciprocity it claims for its flourishing economic activity on the continent.

Just as remarkable, though, is what is missing in the Western response to China’s perceived advances, compared to how it reacted to those of the USSR decades ago. Washington and Western Europe were deeply jolted by Khrushchev’s new policy. Access to Africa’s resources at bargain-basement prices combined with a stranglehold on its consumers as a captive market had been key drivers of Europe’s postwar economic recovery. Washington, meanwhile, although less obsessed with the economics of Africa than with the Cold War, suddenly worried that unless it found positive new ways to engage the continent, Africa might turn “red,” or at least pink, tipping the balance in the raging East-West geopolitical competition in the favor of the former.

In the pages of Foreign Affairs in 1956, Henry Kissinger wrote of the Cold War having suddenly turned into a “contest for the allegiance of humanity.” French politicians began pushing the idea of treating Europe and Africa as an economic condominium, which they went so far as to call Eurafrica, by which Africa’s newfound independence should be defined more by interdependence than true sovereignty. Even in West Germany, a country that had not participated as deeply in the colonial exploitation of Africa as some of its European peers, the newspaper Die Welt asked in June 1960, “Is Africa getting away from Europe?” Here, the echoes of today’s commonplace but false Western cries about China recolonizing Africa are hard to miss.

“As remarkable as the similarities is what is missing in the West’s response to China’s perceived advances in Africa, compared to how it reacted to Russia’s decades ago.“

In the United States, the perceived Soviet advance drove a raft of new policy initiatives focused on Africa and the Third World more broadly. What is most remembered from this era is the creation of the Peace Corps, but in fact, the Kennedy administration strongly boosted economic assistance to Africa, and pushed Europe and Japan to do the same, albeit with mixed success. “No economic subject more quickly captures the attention of so many as the rescue of the people of the poor countries from their poverty,” wrote the economist John Kenneth Galbraith in his 1979 book, “The Nature of Mass Poverty.” This, alas, would all peter out. In the 1970s, the United States and Western Europe swapped places in terms of their attitudes toward Africa, with Washington downsizing its short-lived economic engagement, while Europe experienced a revival of interest in the continent. Nowhere in the West, however, was economic policy toward Africa any longer a matter of serious urgency.

Although the Soviet push to engage the less developed countries of the world economically continued well into the 1970s, already by the early to mid-1960s, serious signs of difficulty were apparent. For one thing, the Comecon bloc possessed nothing like the wealth of the West, and therefore always had trouble mustering the means to pursue its ends. Second, the Russians, having never been an imperial power outside of the Eurasian continent, lacked the Europeans’ long-standing connections, soft power influence and historical and social familiarity with many parts of the world that Moscow was suddenly engaging with. Nowhere was this truer than in Africa. As Sara Lorenzini writes in her recent book, “Global Development,” according to a report written for the Soviet Central Committee in 1959, the USSR had 48 specialists abroad at that time, “none with any knowledge of the local language.” By comparison, London had 1,143, Washington 924 and Paris 683.

For these reasons and others, the learning curve for the Soviet Union in the Third World was extremely steep, and it wasn’t long before the bloom faded from the rose for many of its once-exuberant newfound partners. Complaining about the slow fulfillment of projects as well as the quality of certain goods and services, Guinea, a newly independent former French colony that had broken with Paris, expelled a Soviet ambassador in 1961.

An even bigger reason the Soviet Union’s push into Africa and its broader efforts to engage with the developing world slowed dramatically, though, was that few of these countries wanted to be forced to choose between foreign partners. As then-Tanzanian President Julius Nyerere said in 1965, in response to Western pressure to keep communist countries—in this case, China—at arm’s length, “We will not allow our friends to choose our enemies.”

In this era, countries in Africa, Asia and Latin America jealously guarded their own independence and were quite eclectic about accepting financing or other economic assistance from whichever prospective partners offered it, so long as it seemed to fit their needs.

Having drawn a parallel between the Soviet Union of more than half a century ago with the China of today, what does this all tell us? First of all, China won’t be replacing anybody in Africa or anywhere else in the so-called Third World. Beijing, too, has faced a stiff learning curve and will make many mistakes along the way. Right now, it is in the midst of a major adjustment of its economic engagement with Africa, for instance, scaling back on the easy money approach it had followed in terms of lending to many countries a decade or two ago, and focusing more soberly on longer-term viability and surer bets about economic returns.

Second and even more importantly, governments in Africa, as in the rest of the Third World, want viable foreign partners who are willing to invest in helping create better infrastructure, both physical and human. In another era, the West briefly responded to the challenge it perceived from the Soviet Union both with its imagination and by reaching into its pockets. Each are utterly lacking today in its response to China’s active engagement with Africa and elsewhere. Instead, all one hears is jeering from the sidelines.

Finally, there can be only one true criterion of success among Africa’s foreign partners, and that is their long-term impact on measurable economic development, and especially on reducing poverty. And so far, the jury is out on all of them.

Howard W. French is a career foreign correspondent and global affairs writer, and the author of five books, including the recently published “Born in Blackness: Africa, Africans, and the Making of the Modern World.” You can follow him on Twitter at @hofrench.