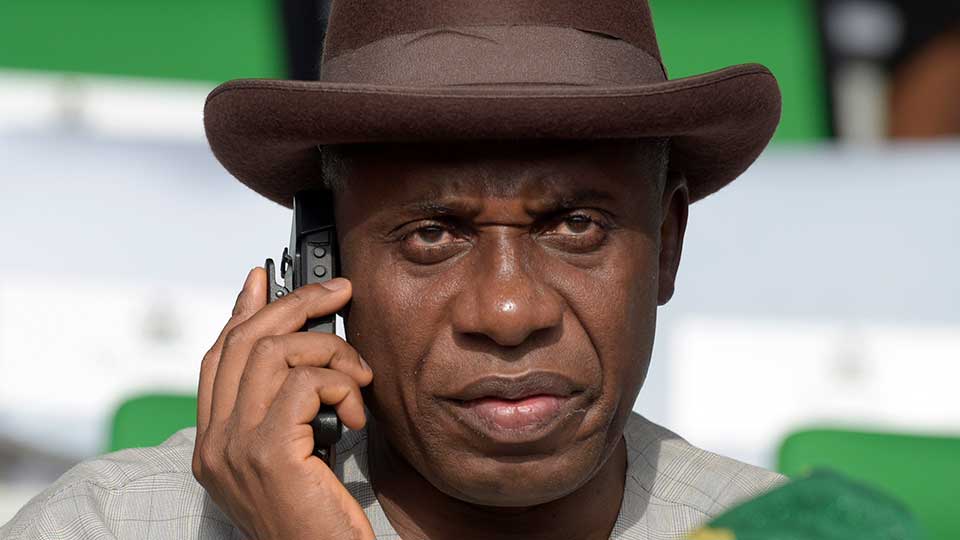 “We are stuck with lots of our projects because we cannot get money. The Chinese are no longer funding,” he told The Guardian newspaper (Nigeria). “So, we are now pursuing money in Europe,” he added.

That search for development capital in Europe, though, has been underway for the past 8-9 months. Amaechi opened talks last summer with Standard Chartered bank in London about financing $14.4 billion worth of railway projects that Nigeria had originally counted on various Chinese entities to support:

So far, there’s no evidence that those discussions with Standard Chartered have produced any tangible results.

While Amaechi has hinted before that Nigeria can no longer count on Chinese creditors to finance expensive railway projects, his latest comments to the The Guardian are far blunter than previously — an indication that the salad days of easy access to Chinese development loans are now officially over.

This trend has been underway for at least five years. Global overseas development lending by China’s two largest policy banks, the China Exim Bank and the China Development Bank (CDB), peaked in 2016 at $75 billion a year. Just a few years later, according to data compiled by the Global Development Policy Center at Boston University, that figure plunged to just $4 billion.

Those lending patterns, at least regarding the policy banks, have remained largely flat since the beginning of the pandemic in 2020.

It’s very important to note, however, that just because CDB and China Exim Bank have curtailed their lending does not mean that Chinese creditors have stopped lending money to both Nigeria and other African countries to build infrastructure.

Rather, there are new actors and new priorities that have reshaped Chinese infrastructure finance on the continent:

Finally, stakeholders in East Africa should take note of Amaechi’s comments in light of a recent meme that surfaced following Chinese Foreign Minister Wang Yi’s visit to the region last month. During a press conference with his Kenyan counterpart, Raychelle Omamo, Wang made a vague reference about how “the region should expand and strengthen, and extend to neighboring countries in a timely manner, the two main axes of the Mombasa-Nairobi railway and the Ethiopia-Djibouti railway.”

This sparked a wave of speculative reporting that China is now finally ready to finance the extensions of these two lines, which he most certainly did not say.

What he did say is that these railways should be extended. But he expressly did not mention who precisely will pay to do so.