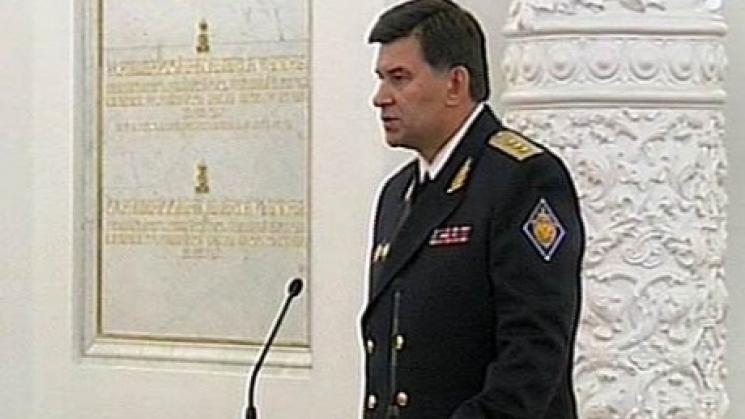 A “Stalinist” mass purge of Russian secret intelligence is under way after more than 100 agents were removed from their jobs and the head of the department responsible for Ukraine was sent to prison.

In a sign of President Putin’s fury over the failures of the invasion, about 150 Federal Security Bureau (FSB) officers have been dismissed, including some who have been arrested.

All of those ousted were employees of the Fifth Service, a division set up in 1998, when Putin was director of the FSB to carry out operations in the countries of the former Soviet Union with the aim of keeping them within Russia’s orbit.

The service’s former chief, Sergei Beseda, 68, has been sent to Lefortovo prison in Moscow after he was placed under house arrest last month. The prison was used by the NKVD, the KGB’s predecessor, for interrogation and torture during Stalin’s Great Purge of the 1930s.

The FSB purge was reported by Christo Grozev, executive director of Bellingcat, the investigative organisation that unmasked the two Salisbury poisoners in 2018. He did not reveal the source of his information.

The officer had been dismissed for “reporting false information to the Kremlin about the real situation in Ukraine before the invasion”, he said.

“I can say that although a significant number of them have not been arrested they will no longer work for the FSB,” Grozev told Popular Politics, a YouTube channel about Russian current affairs.

Last month FSB officers also carried out searches at more than 20 addresses around Moscow of colleagues suspected of being in contact with journalists.

Beseda, who remains under investigation, is being held on the official charge of embezzlement. In reality, however, the basis for his arrest is the botched invasion, which has been blamed on poor intelligence concerning the political situation in Ukraine.

It is thought he has been replaced by his deputy, Grigory Grishaev, 58.

Andrei Soldatov, an expert on the Russian security services, said that in sending Beseda to Lefortovo, Putin had sent a “very strong message” to other elites in Russia.

“I was surprised by this,” he told The Times. “Putin could have very easily just fired him or sent him off to some regional job in Siberia. Lefortovo is not a nice place and sending him there is a signal as to how seriously Putin takes this stuff.”

Lefortovo, which is an FSB-run prison, has an underground shooting range with bullet holes left over from Stalin’s purges, when the room was used for mass executions.

In an article for The Moscow Times, Soldatov suggested that it was possible Beseda was suspected of having passed information to the CIA.

Before taking over the Fifth Service, Beseda worked in counter-intelligence, a role that involved close liaison with the CIA station in Moscow. Were he to be a double agent, it would explain the Kremlin’s suspicions as to how US intelligence had been so accurate in the build-up to the invasion.

Soldatov said he did not believe Beseda was a double agent, but said it suited Putin’s purposes to suggest so.

“It’s good to be able to blame things on a traitor. It’s a very Russian thing to do,” he said.

In the years before the invasion, the Fifth Service had been active in trying to destabilise Ukraine through cultivation of pro-Russian political figures and attempts to foment unrest among far-right groups in western Ukraine.

Grozev said that he believed Russian security services had wasted “billions of dollars” on failed attempts to secure support from the “shady political class” in Ukraine in the lead-up to the war.

FSB officers carried out searches at more than 20 addresses around Moscow of colleagues suspected of being in contact with journalists. ALEXANDER NEMENOV/GETTY IMAGES

“From 2014 to the present day, between 140 and 150 FSB officers had an unlimited budget to spend on recruiting Ukrainians of any level,” he said in a discussion with two journalists from Novaya Gazeta last month.

Grozev added that much of the money was spent wooing Ukrainian recruits with expensive trips to Thailand, Cyprus and the Maldives. “It was money that they never earned,” he added, referring to the total failure of the FSB’s attempts to stir up unrest in Ukraine.

Transcorp gives back to Abuja communities