Russia steps in as Malian junta gets more isolated by ECOWAS, France 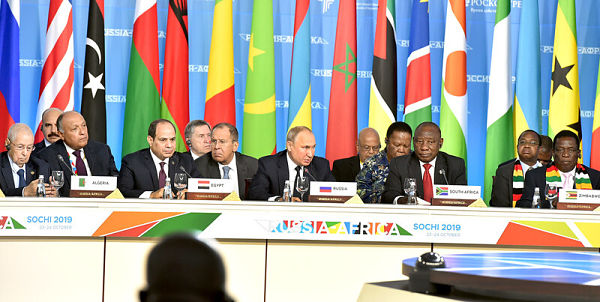 Colonel Assimi Goïta‘s military regime is fighting on multiple fronts. It’s been battling Islamist insurgents in the centre and north of the country but it is now in a diplomatic war of attrition with West African leaders, having earlier fallen out with France and the United States over regional security operations.

On 9 January, the Economic Community of West African States (Ecowas) imposed swingeing sanctions on Col Göita’s regime after it reneged on earlier pledges to organise elections by the end of February, saying that it would be extending the transition for up to five years.

For West Africa’s leaders, led by the presidents of Ghana and Côte d’Ivoire, Nana Addo Dankwa Akufo-Addo and Alassane Ouattara respectively, standing firm against Mali’s junta was a vital test of their anti-coup rules.

Col Göita’s main international defender is Russia, whose ambassador to the UN, Vasily Nebenzya, told the UN Security Council on 11 January, ‘The imposition of sanctions against the already difficult circumstances faced by the country will considerably worsen the situation in the country and for the population.’

It was Col Göita’s and Foreign Minister Abdoulaye Diop‘s agreement to deploy fighters from Russia’s Wagner Group, which has close ties to the Kremlin, that has triggered the fall-out with France and the US (AC Vol 62 No 23, Bamako and Moscow defy Paris & Vol 63 No 2 Moscow guns for African gold).

The danger for Mali’s military leaders is that the country’s political and security crises are being compounded by an economic meltdown, eroding their popular support. So far, Bamako’s defiance of the west had earned it local backing. That could change if economic conditions worsen sharply.

After its emergency session in Accra on 9 January, Ecowas announced it was closing Mali’s land and air borders and freezing its financial assets in regional institutions.

Officials at the Union Economique et Monétaire Ouest Africaine (UMOA), the regional monetary authority, told Reuters on 11 January that the Bamako regime would be unable to issue CFA30 billion (US$52 million) in Treasury Bills this week due to the Ecowas ban. At least two airlines, Air France and Air Ivoire (65% owned by the Côte d’Ivoire government) have suspended flights to Bamako.

The Ecowas sanctions will target all of Mali’s non-essential imports and could hit its gold-mining industry, one of the region’s biggest. So far, the two big mining companies, Canada‘s Barrick Gold, which runs the mines at Loulo-Gounkoto, and British-based Hummingbird Resources, haven’t reported any interruption to their operations.

Col Goïta has some support from Guinea and Mauritania, both with a history of military rule. But they will be able to do little to cushion the blow of regional economic sanctions.

The Guinean military regime of Col Mamady Doumbouya may also face sanctions if regional leaders conclude that, like Mali, it is trying to postpone a return to civil rule. Mauritania, which has its long history of coups and sanctions, quit Ecowas in 2000, but then rejoined as an associate member with no voting rights in 2017.

Although Bamako said that Wagner was training government soldiers, French officials insisted the company had 300-400 mercenaries on active service in Mali.

Paris says that Wagner’s presence in Mali would make it untenable for anti-jihadist western forces to stay there. As well as Barkhane, Operation Takuba includes troops from regional countries and several European nations. The European Union is due to meet at the end of January to debate a response.