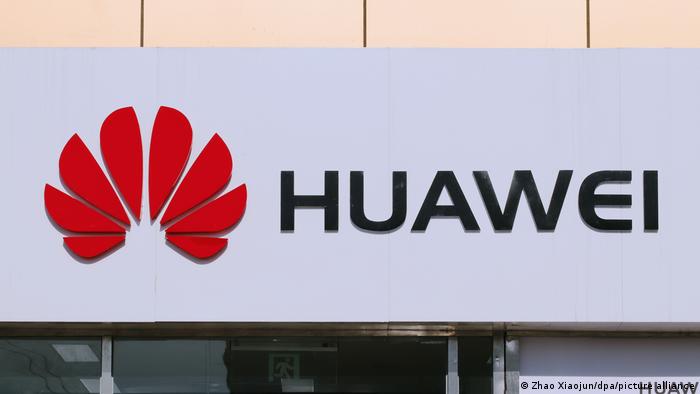 Chinese technology giant Huawei has been battling headwind in the Global North: Sanctioned by the United States , it also faces legal obstacles in the United Kingdom and European Union countries, meaning Huawei parts cannot be used in technical infrastructure like mobile networks. In Lithuania, the government even appealed to citizens to give up their Huawei smartphones.

But it’s a different story in Africa: Components from the Chinese multinational Huawei make up around 70% of 4G networks across the continent.

Many areas are upgrading to 5G technology, with Huawei firmly ahead in supply. In Nigeria’s economic capital Lagos, the first 5G masts are already set to enter service.

Gbenga Adebayo, the leader of the Association of Licensed Telecoms Operators of Nigeria (ALTON), points to the reasons for the popularity of Huawei’s devices.

“Traditionally, they come with low prices. They come with terms that are very attractive to operators, and it’s easy for people to work with them,” Adebayo told DW.

All of Huawei’s transactions are handled directly by the Exim Bank, responsible for Chinese foreign investments. Adebayo points out another critical reason why Huawei is so popular on the continent.

“In terms of reliability, their systems tend to give some measure of performance guarantee,” he explained.

So why do African consumers embrace Huawei so much more fully than their counterparts in the Global North?

When infrastructure is not neutral

This is partly because such nations seek to strengthen their own telecommunications systems, Arthur Gwagwa from the Ethics Institute at Utrecht University told DW.

But concerns surrounding Huawei and security are well placed, added Gwagwa, who has worked on multiple African cybersecurity projects and specialized in the topic as a lawyer in Zimbabwe.0 seconds of 0 seconds Watch video02:05

Huawei can impact a country’s security, exposing military or other sensitive information to theft, Gwagwa said. But not only that — “It also has equipment that is manufactured, sometimes I think negligently, that allows vulnerabilities for cyberattacks for military and industrial espionage,” Gwagwa added.

He describes some governments as being naive: “The issue of digital foreign interference is a new phenomenon that many Africans, especially the leadership, don’t really understand because the digital sphere is something that is not tangible.”

Gwagwa pointed to the Chinese secret service law implemented in 2017 as a potential danger for users. “Some of the vulnerabilities in the Chinese equipment are intentional, they are introduced for malicious purposes,” he explained.

Gwagwa interprets this law as requiring intelligence services to cooperate with Chinese companies, including compelling installation of “backdoors” and providing private data to the government.

Hidden from the end-user are so-called middleboxes: These distribution stations forward information and are capable of filtering and manipulating information.

In Burundi, the online content of several critical media outlets has been blocked, including that of DW partner Iwacu. Weber told DW that the local media watchdog had promised to allow access to the sites again. “But we can see that those websites are still being blocked, despite the efforts of the media watchdogs.”

Iwacu’s editor-in-chief, Leandre Sikuyavuga, confirmed that the outlet’s website is still not accessible in Burundi.

“It’s damaging because it limits freedom of expression generally — a fundamental principle in a constitutional state,” Sikuyavuga told DW.

Huawei did not respond to a DW query about whether the telecom company knew about the events in Burundi or censorship in other African countries using Huawei hardware.

Huawei components are attractive in this context, said Gwagwa: “Authoritarian African governments see the benefit of customized censorship mechanisms in the Huawei infrastructure. They can use the vulnerability of the Chinese equipment for surveillance and other malicious purposes for them to hold on to political power.”

In 2019, The Wall Street Journal reported that Huawei employees were directly involved in obtaining messages from the smartphone of Ugandan opposition leader and presidential candidate Robert Kyagulanyi, popularly known as Bobi Wine.

Police had stormed a concert where opposition politicians were set to appear. Wine and dozens of supporters were arrested. Huawei later denied it had anything to do with the events.

Meanwhile, surveillance in Uganda with help from the Huawei middleboxes could be far more wide-reaching. According to Weber and Ververis, the capital Kampala is one African location designated as a future destination for “safe city” technology from Huawei. “Safe city” is a byword for a network of surveillance cameras that use facial recognition technology. The justification for this is crime prevention.

“Safe city” tech could mean trouble in countries without strong constitutional standing.”If you consider that websites can be blocked, that all streets can be watched, you can imagine that the government has more power to stamp its authority and do whatever it wants,” Weber said.

Huawei did not respond to an inquiry about other African locations with “safe city” technology. However, Weber and Ververis believe Johannesburg, Nairobi, and Accra could be being monitored.

Huawei’s market power in Africa puts the group in a favorable position to provide the next generations of technology.

“People often buy ‘legacy systems’: they want the new devices to be compatible with the old ones,” said Weber. In addition, such devices must continue to be maintained by Huawei, providing a continued foot in the door for the Chinese company.

For this reason, Gwagwa wants to see Africa’s civil society ensure that “a Chinese digital Silk Road, which will affect generations to come, is being deployed with due respect to human rights.”