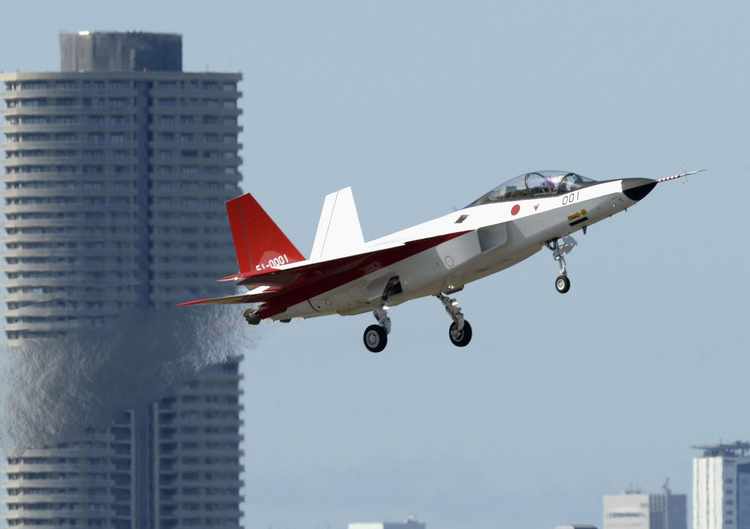 East Asia’s security environment continues to be a cause for concern for Japan, what with the ever-acute threat of regional powers with great military latitudes, such as China, North Korea and Russia. At the same time, Tokyo has growing fears that Washington, whose power is in decline, will not come to Japan’s defense in case of an attack. And then there are Japan’s domestic problems, such as its diminishing, aging population, as well as concerns among some citizens that the country intends to shed the pacifist restraints imposed by Article 9 of its postwar constitution. Against such a backdrop, Japan has launched a defense policy that, over the next five years, will enhance its security while maintaining its alliance with the United States. Ultimately, Japanese military leaders are banking that the plan will address its regional concerns while also allowing the country to assert its independence.

Japan’s five-year defense policy, which was published in December and adopted four months later, calls for a unified command structure that incorporates not only traditional military branches (like the army, navy and air force) but also defense capabilities fit for 21st century warfare, such as space, cyber, electromagnetic and even artificial intelligence units that will operate under a unified command at peace and war. Ultimately, Tokyo is hedging its security bets on a high-tech military that will make up for an ever-shrinking domestic population.

The space warfare unit will fall under the purview of the air force, while the cyber unit will be under the command of the army — a branch that will also be responsible for two new anti-missile units. Each branch of Japan’s military, meanwhile, will receive resources to prepare for and defend against electromagnetic warfare. With all the additions, Japan aims to counter the enhanced military capabilities of Russia and China, along with the ballistic missile threat from North Korea.

Japan is also purchasing 105 F-35 Joint Strike Fighters, nine E-2D Advanced Hawkeye aircraft and two Aegis Ashore anti-missile systems, all from the United States. Furthermore, the country is preparing to convert its helicopter carrier into an aircraft carrier that can provide a launchpad for operations using the newly purchased F-35s. Together, these additions increase Japan’s level of deterrence against attacks from the sea and air, or by missiles and even cyber-based weaponry.

But amid the push for new, high-tech capabilities, Japan is placing less emphasis on tanks and other forms of traditional weaponry that were salient during the Cold War, as evidenced by Tokyo’s decision to maintain only compact land-based combat units in Kyushu and Hokkaido.

In the end, the outlay for Japan’s new five-year defense budget is set to come in at an all-time high of $248 billion through fiscal 2023, up $25 billion from the previous five-year budget.

A Japanese X-2 experimental stealth fighter takes off from Komaki airport in April 2016. Japan is committed to developing its own weaponry under a new defense policy. (JIJI PRESS/AFP/Getty Images)

The five-year plan calls for Japan to support U.S. security commitments in the Indo-Pacific region as an equal partner by enhancing its military capabilities in diverse fields while widening the scope of cooperation with the United States. The report further envisions greater collaboration between Japanese and American think tanks and research entities.

Nevertheless, the days when Japan could rely exclusively on U.S. security guarantees are disappearing. There are increasing concerns that Washington, if push comes to shove, will not spill American blood to defend Japan. For example, Ukeru Magosaki, a prominent former Japanese diplomat and academic, told Nikkei Business last September that because Tokyo could no longer depend on Washington to defend Japan, the island country must develop independent defense and foreign policies. In making his point, Magosaki emphasized America’s reluctance to suffer casualties, its ever-increasing economic ties with China and its ever-decreasing military advantage in East Asia. Indeed, a recent poll indicated that only 41 percent of Americans would like to see their country enter combat to defend Japan; when the survey was released in December, it made headlines in Japan.

Beyond threats like China and North Korea, one of Japan’s biggest concerns is right at home: Last year, the country’s population diminished by 448,000. In mapping out its defense and foreign policies, Tokyo has actively taken this trend into consideration. The five-year plan outlines improvements to the quality of life for military personnel, calls for a greater effort to recruit and promote women, as well as personnel with specialized technical knowledge and spells out plans to raise the military’s retirement.

And Japan’s attempts to develop its artificial intelligence capabilities aren’t just about remaining internationally competitive in the cutting-edge field — they’re also about mitigating its population decline. Tokyo, which is committed to developing 250,000 AI professionals, also has plans to make basic AI education mandatory at the university level.

In terms of its military, Japan is actively incorporating AI into its defense, from space to cyber. Relatedly, the five-year plan foresees the integration of unmanned weaponry, such as unmanned aerial, surface and underwater vehicles, as well as the remote operation of submarines and radar sites, to compensate for the diminished population.

Its Own Military-Industrial Complex

Additionally, Japan is committed to developing an independent military-industrial complex. As the country develops its defense capabilities and command structures, it is fostering the ability to research, design and manufacture defense-related items on its own. While maintaining ties with its traditional suppliers in the United States, Tokyo is also investing in small to midsize companies at home to cultivate its own military-industrial supply chain.

One area in which this trend is manifesting itself is Japan’s commitment to developing its own weaponry, such as Mitsubishi’s F-3 stealth fighter, which is slated to become operational by 2035. Moreover, the country is working to produce its own laser weaponry to deploy against enemy drones and other airborne weaponry by 2023.

In 2018, the Lowy Institute ranked Japan third out of 24 countries in terms of influence in Asia, following the United States and China. This same report, however, predicts that Japan will fall to sixth regionally by 2030 because of its expected fall in gross domestic product stemming from population decline and military underperformance.

The five-year defense policy is, in part, a reaction to these clouds on the horizon. The forward-looking vision, in fact, is already paying dividends. As a result of its purchase of high-tech weaponry, development of domestic weaponry and military-industrial complex and commitment to modernizing its armed forces — all while privileging quality over quantity — Japan’s military strength rose from eighth to sixth this year, according to Global Firepower.

Can this trend continue? Tokyo certainly hopes so. Japan is preparing for a multitude of threats: missiles from North Korea, Chinese encroachment on what it considers its sovereign territory and Russian occupation of what it claims is its land. (Tokyo and Moscow, in fact, have yet to sign a peace treaty officially ending World War II).

For the moment, Japan is split on Prime Minister Shinzo Abe’s desire to unshackle the country’s defense policy, which U.S. Gen. Douglas MacArthur instituted after World War II. According to a recent survey, 47 percent of the Japanese public opposes revising Article 9 versus 45 percent who are in favor.

The numbers show that pacifism has established deep roots in Japan since World War II, yet the Japanese government has a history of pushing through seemingly unpopular foreign policy decisions that have ultimately obtained public acceptance. For example, in November 1990, just 21 percent of Japanese were in favor of sending military aid to the Gulf War while 58 percent opposed the plan. The government, nevertheless, sent naval vessels to the Persian Gulf, and by June 1991, 65 percent of citizens backed the decision, versus just 24 percent who did not, according to research conducted by the National Diet Library.

To amend the constitution, a proposal must win the approval of a majority of voters in a national referendum after first scoring two-thirds majorities in both houses of the Diet. Abe currently lacks the support necessary to overhaul Article 9 as he sees fit; what’s more, regional powers, which are haunted by memories of Japanese imperialism, are also wary of Japanese remilitarization.

Japan’s security rests in its alliance with the United States. This partnership, one of the strongest in the world, has been the foundation of peace and stability in East Asia’s sea lines of communication and beyond since World War II.

However, there are increasing voices in Japan questioning the U.S. commitment to its security treaty with Japan. Isolationism has been on the rise in the United States since President Donald Trump’s inauguration. But even before that, Japanese leaders noticed that the United States, under Presidents George W. Bush and Barack Obama, failed to stop Russian intervention in parts of northern Georgia, Crimea and eastern Ukraine. Japanese leaders also witnessed America’s lack of leadership in the Syrian civil war, particularly its inaction in the wake of the Obama administration’s declaration that the Bashar al Assad regime’s use of chemical weapons would constitute a “red line” resulting in U.S. intervention. Japanese decision-makers also know that China’s military advantage in East Asia is growing steadily by the day and that Beijing is designing weaponry specifically to counter America’s traditional dominance in the region.

Japan is committed to its alliance out of both desire and necessity, but the reality is Japan has no choice but independence. In its foreign policy, Japan has shown both the will and capacity for independent action, as noted in its efforts to drive forward the Comprehensive and Progressive Agreement for Trans-Pacific Partnership after Trump pulled the United States out of the negotiations for the precursor pact. This independent streak is spilling over into defense policy as well: Japan is already conducting military drills abroad — a first step toward chipping away at the constitution’s pacifist restraints. And within Japan, there are increasing calls to amend Article 9 — despite the controversial nature of doing so. If implemented, such a revision would give Tokyo greater options to flex its military muscle and advance with an even more robust militarization policy.

While maintaining ties with the United States and the Trump administration, Tokyo is laying the groundwork for an independent defense policy, as evidenced by its commitment to a smart, tight, high-tech military and the development of a military-industrial complex. Surrounded by acute potential threats, engulfed in formidable demographic problems and committed to a security treaty with a declining and unpredictable ally, Japan has no choice but to continue blazing a trail toward greater independence in its defense policy.

This article originally appeared at Stratfor Worldview and first published in June 2019.